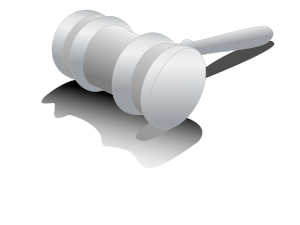 at this time, the Italian language Wikipedia may be no longer
able to continue providing the service that over the years was
useful to you, and that you expected to have right now. As things
stand, the page you want still exists and is only hidden, but the
risk is that soon we will be forced to actually delete it.

Over the past ten years, Wikipedia has become part of the daily
habits of millions of web users looking for a neutral,
free-content, and – above all – independent source of
Knowledge. A new, huge multi-lingual encyclopedia, freely
available to all, at any time, and free of charge.

Today, unfortunately, the very pillars on which Wikipedia has
been built – neutrality, freedom, and verifiability of its
contents – are likely to be heavily compromised by paragraph 29
of a law proposal, also known as ”DDL
intercettazioni” (Wiretapping Act).

This proposal, which the Italian Parliament is currently
debating, provides, among other things, a requirement to all
websites to publish, within 48 hours of the request and without
any comment, a correction of any content that the applicant deems
detrimental to his/her image.

Unfortunately, the law does not require an evaluation of the
claim by an impartial third judge – the opinion of the person
allegedly injured is all that is required, in order to impose
such correction to any website.

Hence, anyone who feels offended by any content published on a
blog, an online newspaper and, most likely, even on Wikipedia can
directly request the removal of such contents and its permanent
replacement with a ”corrected” version, aimed to contradict and
disprove the allegedly harmful contents, regardless of the
truthfulness of the information deemed as offensive, and its
sources.

During all these years, the users of Wikipedia (and we want, once
more, to point out that Wikipedia does not have an editorial
staff) have always been available to review – and modify, if
needed – any content deemed to be detrimental to anyone, without
harm to the Project’s neutrality and independence. In the very
rare instances it was not possible to reach a mutually
satisfactory solution, the entire page has been removed.

The obligation to publish on our site the correction as is,
provided by the named paragraph 29, without even the right to
discuss and verify the claim, is an unacceptable restriction of
the freedom and independence of Wikipedia, to the point of
distorting the principles on which the Free Encyclopedia is based
and this would bring to a paralysis of the ”horizontal” method of
access and editing, putting – in fact – an end to its existence
as we have known until today.

It should be made more than clear that none of us wants to
question safeguarding and protection of the reputation, honor and
image of any party – but we also note that every Italian citizen
is already protected in this respect by Article 595 of the
Criminal Code, which punishes the crime of defamation.

With this announcement, we want to warn our readers against the
risks arising from leaving to the arbitrary will of any party to
enforce the alleged protection of its image and its
reputation. Under such provisions, web users would be most
probably led to cease dealing with certain topics or people, just
to ”avoid troubles”.

We want to be able to keep a free and open-to-all encyclopaedia,
because our articles are also your articles – Wikipedia is
already neutral, why neutralize it?

The users of Wikipedia